Welcome to all of the information that you might need and can use when considering doing a "short sale" of your home or buying a preforeclosure property.
I am your real estate expert in San Francisco, Marin, Oakland and northern San Mateo County.  I am here to provide you with all the resources and information you need to buy or sell real estate anywhere in the San Francisco Bay Area. I work with buyers and sellers in San Francisco, Marin, northern San Mateo County and the East Bay. I have had extensive training in the latest real estate strategies. I am confident that I can offer you knowledge and tools most other agents can’t. Take a look at my website, RebeccaRealtor.com, to see some of the great information and tools I have to offer.
Welcome to your one-stop source for , pre-foreclosure and REO information and assistance in the Bay Area: covering San Francisco, southern Marin, the northern Peninsula (South San Francisco, Daly City, Pacifica, Millbrae, Burlingame,  etc.--all the way to San Mateo) and close-in East Bay [Emeryville, Oakland (North Oakland, Lake Merritt and Temescal, etc.), Alameda, San Leandro, etc.].
Real estate is one of the most rewarding investments one can make, and investing in pre-foreclosures, s and REO’s (bank-owned, foreclosed properties) can be an excellent investment opportunity. (I personally purchased a short sale in early 2012.)
As a homeowner, sometimes your situation changes and you need to get out of your property quickly and without the stigma of a foreclosure impacting your credit score for years and years. You have several alternatives to foreclosure. We can help advise which option is best for you!
Here you’ll find everything you’ll need to buy or sell a home with (or without) a Notice of Default, as well as learn about the market value of home(s) you may own in the area. It is our goal to provide you with superior service at all times, and we appreciate the opportunity to do so.

STEP 2. COMMUNICATE with  YOUR LENDER(s)

In order to speak with your lender(s) on your behalf, we will need to send your written authorization to them. We will contact your lender(s) to obtain an application packet for you. We will communicate with the decision-maker in the loss mitigation department directly and regularly for updates.

21-day state: In 21-day states, only 21 days notice is given, so one has to act fast to re-sell a home quickly in these states. The 21 day states are: Alabama, California, Kansas, Georgia, Maryland, Michigan, Missouri, Rhode Island, Texas, Tennessee, Virginia and West Virginia.
BPO: Broker price opinion, an estimate of what a property is worth based on comparable homes that have recently sold in the area and, sometimes, a drive-by appraisal. A BPO is commonly used when a loan has gone into default instead of getting a new appraisal done before the home is sold.
Chain of title: A notation of all the different owners of a particular property. Using the land trust instead of buying the house in your own name does not break chain of title. This is important because many lenders will not give mortgages to people buying houses that have had a change in the chain of title in the past 90 to 120 days, depending on the lender.
Deed of trust: A mortgage agreement by which ownership of the property is transferred to a trustee until the loan has been paid. If the person who bought the home defaults on the loan, the trustee can sell it to recoup losses.
Double Closing: (see Simultaneous Closing)
Foreclosure: The legal process by which a bank tries to recover money from a defaulted loan by selling or repossessing the property. This can be a judicial or non-judicial process.
HUD-1: A document required by the government to be filled out when a home is sold. It includes information on how much the home is being sold for, taxes, commissions, fees, insurance, closing costs and other information. This is also known as a settlement statement.
Land trust: A legal document that sets property into a trust as a way to transfer title without breaking the chain of title. Conveying the property into a land trust that is technically controlled by the homeowner but actually controlled by you (as new buyer/temporary owner) allows you to buy the home and turn around and sell it quickly.
Lien: A legal claim on a property by a bank or another entity that is owed money by the homeowner. If the lien is not paid off, the lien holder can foreclose on the property.
Lis Pendens: Abbreviated LIS, this is a document that shows a lawsuit has been filed against a property owner. In some states, this is the way a foreclosure states.
Mechanic’s lien: A lien on a property put there by someone who made improvements to the property but did not pay for them. For example, if a roof was installed but not paid for, the contractor can put a lien on the house.
Mortgage state: A state in which a judicial foreclosure system is used.
Notice of default (NOD): The publicly recorded document that indicates a homeowner has missed loan payments and is now subject to foreclosure. This is used in some states to start the foreclosure process.
Pre-Foreclosure: The period of time between when legal paperwork to foreclose on a house is filed and when the home is actually repossessed or put up for auction by the bank.
REO:  Real estate owned by the bank. Remember, 95% of the properties that make it to the courthouse steps get taken back by the bank.
:  This is when the lender agrees to accept a discount on the loan. This is how equity is created out of thin air.
Simultaneous closing: When you use the qualified end-buyers money to fund the entire transaction. (Also known as a double closing)  This allows one to do deals with no money down.
Trust deed state: A state in which a non-judicial foreclosure system is used, as opposed to a judicial system as in mortgage states.

Contact Us
Questions? We're Here to Help
Recently From Our Blog 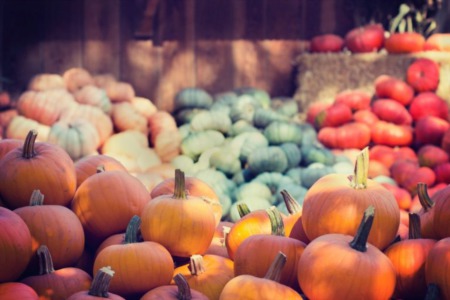